Why Do Children Love Magic? 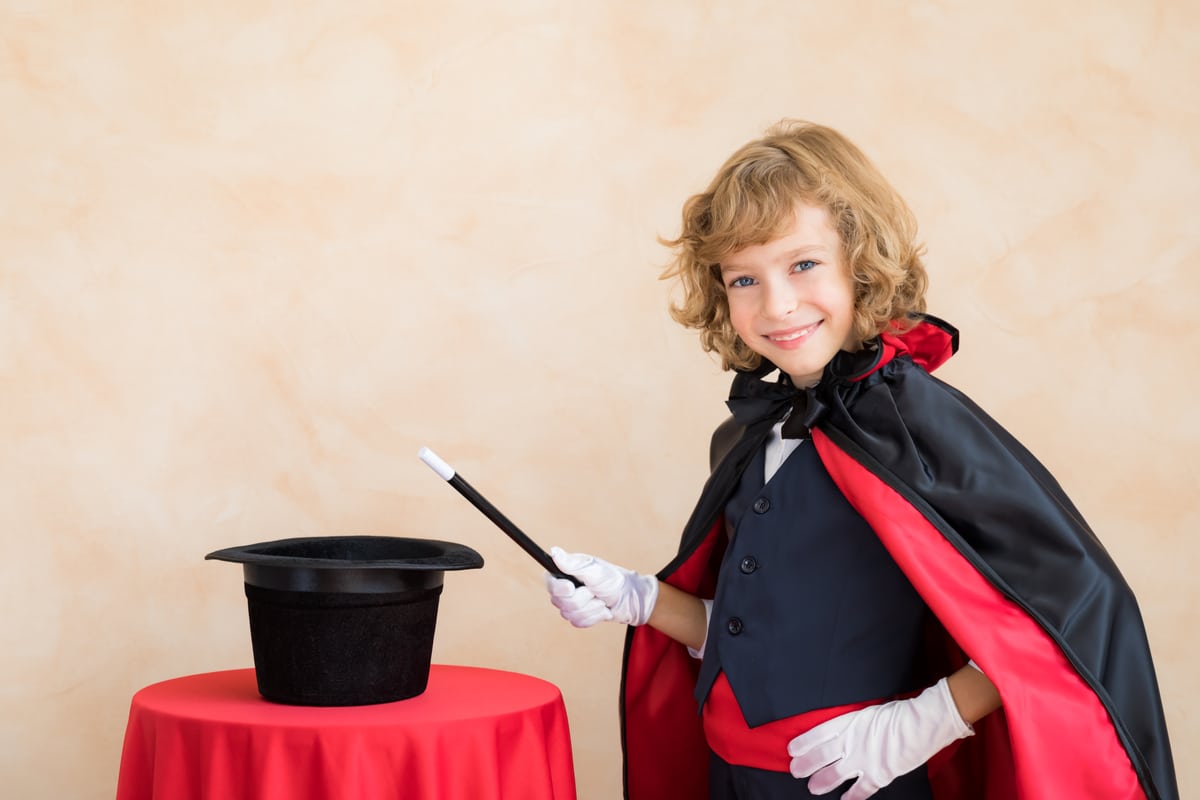 From card tricks to balloon animals, it often seems as though children can’t get enough of magic. Any adults who’ve seen their kids watch a magic show are familiar with the adorably awed expression children get as they watch tricks being performed. Their eyes kid wide with excitement, even if they’ve seen the trick performed before. Maybe some adults in the audience have felt that magical wonder at a trick too! But what is it about magic tricks that’s so captivating?

In truth, magic speaks to human beings, and children in particular, because it takes advantage of a fundamental human trait: imagination. The appeal of magic doesn’t usually lie in the trick itself. Rather, the very fact that one unexplained trick can occur opens up the possibility for an infinite world of endless possibilities, an idea that appeals to children greatly as they grow up and the world seems to get ever more mundane. Here are three reasons why children adore magic (and rightfully so!)

From the perspective of a child, the world is a scary but wonderful place — filled with endless mysteries and phenomena and questions to be answered. This is why children are often so filled with questions, inquiring after how anything and everything works. Unfortunately, the more children learn about the world, the more the answers to their questions tend to get disappointing. The mailman doesn’t come from a magical world of ink and parchment, but rather from the post office down the street. The little light inside the fridge doesn’t get turned on by a tiny fridge fairy, but instead is controlled by a switch when the door opens.

Magic shows reignite the joy and wonder of mysteries for children, offering new intrigues for them to puzzle over and ask about. Magic appeals to the fundamental inquisitive spirit in children, reminding them of the marvels and excitement in the world.

Speaking of marvels and excitement, another reason why children love magic so much is that it can make the world, as a whole more, interesting and exciting to live in. Magic shows help children to believe in the magic of the world again, providing kids with the faint hope that maybe the world isn’t so different from the land of fairy tales as it may seem. Fantasies are always more appealing than reality, and magic offers children the chance to believe that the world is more than what it seems to be.

It Provides Inspiration For Imagination

Finally, the main reason why children love magic doesn’t actually have anything to do with the magic trick. Rather, it has to do with the effect the magic trick has on the child afterward. Magic shows open the gate to children creating their own magic in their minds, offering a source of inspiration for new wonders to amuse themselves with. Magic shows stimulate a child’s imagination, offering material to dream up fantastical stories, new tricks, and much more. Magic is a vital part of childhood, so don’t be afraid to book a show for your child today!